Barbara started her Career with B&K  in Pontiac in 1992 with her husband Kenneth.  Barbara received her Degree in Computer Science in 1999 from Heartland Community College while being a full time mother and business owner.  Along with her Degree, Barbara has been responsible for steering B&K Technology Solutions Inc. into the emerging market of E-Scrap Collection and Processing since 2004.  Barb holds various Board Positions including the Illinois Recycling Association and the Livingston County Economic Development Council.

Kenneth started his Business Career in 1992 with B&K Technology Solutions as partial owner and operator after his 10 year Career in the US Armed Forces.  While in the military, Kenneth attended various electronic schools achieving such honorable mentions as distinguished graduate for academic performance.  Since returning to civilian life, Kenneth has held a wide range of Sales and Operations roles at both B&K as well as ATS in Peoria IL.  Kenneth brings 30+ years of IT and Electronics knowledge to ATR and has enabled ATR to become an Technology leader in Asset Recovery Services.

Dave joined ATR in 2005 on the ground level as a warehouse employee. He has helped to establish ATR as a premier asset recovery organization. During his tenure he’s worked his way through the ranks to his current position as our Senior Project Manager.

Dave is always looking for ways to expand his horizons and further educate himself. When not at work Dave enjoys traveling to warm places and spending time at the pond camping and fishing with his son.
Contact Dave at Dave@atrecycle.com

Kenny Joined ATR in 2006 and has held various positions from I.T. Technical Positions to Site Operations. Kenny has achieved CompTIA A+ certifications as well as other industry certifications such as Xerox and Dell. Kenny is currently responsible for maintaining a complex infrastructure of security systems, video surveillance, LAN/WAN, Internet/Intranet Databases and online platforms. In his spare time he enjoys working on classic cars and spending time with his family while routing for his favorite team the Dallas Cowboys.

Ray first joined ATR in 2010 as the primary Business Development Manager for the central US region.  During his tenure Ray helped ATR sales and marketing teams expand nationally and he is currently forming a new client services department which will be based out ATR’s original corporate headquarters building located in Pontiac Illinois.    The Client Services team will benefit from  his vast knowledge of ITAD/ITAM management solutions and his 30+ years of Sales and Customer Support experience.  In his spare time Ray enjoys golfing and visiting his children who attend college abroad.

Brodie joined ATR in April of 2012 and is one of the original store owners from B & K Computer Source which was 1 of 2 retail outlets that were opened in the early 90’s.  Prior to joining ATR, Brodie spent 20 years providing ITAD/ITAM services to West Michigan B2B customers.  Brodie utilizes his 25+ years of IT background and entrepreneurship to develop innovative sustainable recycling solutions to help ATR customers improve their triple bottom line. During his tenure Brodie has augmented the company’s regional customer base onto a national platform and develop ATR’s current marketing strategies.  In his spare time Brodie enjoys piloting unmanned aircraft (Drones) and spending time exploring off-road trails with family and friends.

Robin Sorey joined ATR in 2021 as the Director of Human Resources.   During her career she has worked her way up through the ranks from general HR administrative duties, to location/multi-location, and divisional leadership roles.

In her current role Robin is responsible for setting the strategic direction, and managing the Human Resources functions for the entire organization.     Her 25+ years of HR leadership cover both the corporate and private sectors in manufacturing and utilities construction.  Her enthusiasm, passion for learning new things, commitment to growing, and her focus on continuous improvement serve her position well.

When not at work, she enjoys landscaping, interior decorating, and most of all spending time with her family and friends.

Dan Hendershott is the Central U.S. Regional and local Site Manager located at our Pontiac, IL location. He has been a part of ATR since 2009.   He started as one of the warehouse workers and then became the Warehouse Team Lead at the Pontiac location before transferring to the Peoria site to become the site supervisor. Dan is a big Chicago Cubs fan so he said that he really enjoys when Ken and Barb give tickets out for the home games to their employees. He also said that he tries to watch every Cubs game that he can in his spare time. 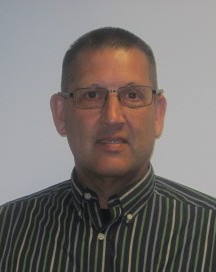 Scott has been the Site Manager at the Grand Rapids location since June of 2021.

He has lived and worked all over the state of Michigan, with 17 plus years of Management experience in the Food Retail business, and he knows the importance of customer satisfaction.

Married for over 32 years, he has a daughter and granddaughter, that he loves spending time with.

Besides his family, Harley’s and hockey are his other passions.  Having played hockey in high school and college, he was also an assistant coach for his daughter’s travel hockey team, winning multiple state and national championships.    When needed, road time on the Harley is a way to unwind. 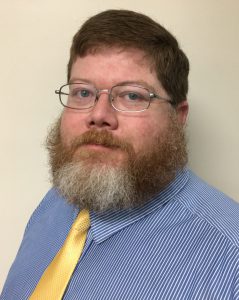 Charles joined the ATR team as Site Manager for the Birmingham, Alabama location in 2018. Prior to working in the industry of e-waste recycling, Charles spent over a decade in Emergency Medical Services, gaining experience in a plethora of areas. Charles attended The Alabama Fire College and received his EMT certification and later went on to receive his Associates Degree in Emergency Medical Management.

Charles married his wife, Brandy in 2007. Together, with their sons Dayne and Jonah, they live in Alabama and enjoy hunting and fishing. Charles is a passionate, tenacious professional whose surplus of skills will lead ATR’s Birmingham team and successfully grow the Southern footprint in years to come. 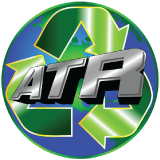 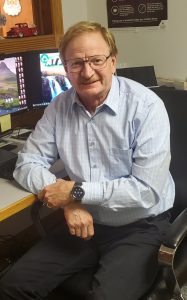 In his current role as Fleet Manager he is responsible for maintaining  FMCSA compliancy for eighteen drivers, thirty one vehicles, at eight different site throughout the company. Bill is based out the  corporates home office in Pontiac, Ill.

Having studied electronic technology at KCC  and with a back ground in electronic communications, and manufacturing, these experiences tie in well with his positions as Security/Fleet manager.

The Father of four. Two daughters and two sons. The Grandfather of six,  three granddaughters and three grandsons ( nothing like keeping the score even) his biggest passions outside of work these days are spending time with family.

Bill is a licensed private pilot and avid Bowler.  Having several three hundred games and an eight hundred series to his credit.

Bill’s looking forward helping ATR’s growth in the coming years by maintaining security for, and promoting a safe and productive Fleet management team.